Interpretations of Revelations and End Times 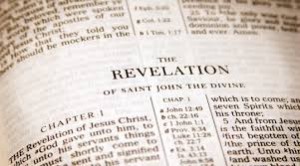 There are many different interpretations regarding the End Times spoken of in the Bible. The book of Revelation is an important book regarding the future, but one must have the proper biblical method of interpretation and a relationship with Christ in order to understand it.

Decoding the Book of Revelation

Revelation is a coded book. It was written for Christians so that only they could understand it and those that were not in the faith would not be able to understand it. When John, the apostle, penned this revelation of Jesus Christ, the Christians of that day were under great persecution and therefore their lives could have been more endangered by what John wrote, for that reason much of the book is written in symbolic language. Those who do not have the Holy Spirit are bewildered by the imagery in this book of the Bible. Even as Christians we have difficulty when approaching Revelation.

How do we understand its code? The Bible interprets itself, so we can understand Revelation by looking to other portions of the Bible for clues to its interpretation. When we study one portion of the Bible, we can find the same truth in another portion that sheds light on what we are studying. Since Revelation is a coded book, we cannot understand it without the help of God’s Spirit who inspired it, plus a child-like approach to His Word. Therefore, we must have God’s Spirit and an understanding of the Scriptures to comprehend Revelation. Much of Revelation was written symbolically; a great deal of it is not literal. If we do not understand that Revelation is speaking of spiritual things, then we are going to misinterpret it. We will end up looking for literal “frogs” and “heads” and “horns” and actual “beasts.”

To illustrate a portion of the code that almost all Christians are familiar with, consider the usage of the term “lamb.” We know when the Scripture refers to “the Lamb,” it is symbolically referring to Jesus and His sacrificial death on the cross as He was “the Lamb slain from the foundation of the world” (Revelation 13:8). It is not referring to a literal lamb, the offspring of a sheep. So for us to understand the symbolism of certain words such as “beast” or other terms, we must go to the Scripture for that definition. Also, some of Revelation was written with a view of the earth, looking down from heaven, while other portions are written from the view of earth toward heaven. Some scenes, even as movies do, are seen from a distance and then there is a “zoom in” for a closer look. Or, there is a “flash back” of things at times. We must also have the proper instruction from the Holy Spirit as to when any of these changes are recorded. A modern-day analogy is that we could not operate a computer unless we understood computer language. We cannot understand the book of Revelation without the Holy Spirit and knowledge of the rest of the Bible.

The reason we have so many contradictory teachings in the body of Christ regarding the study of Revelation, is because some people have received a portion of the truth and thought that portion was the whole truth. Remember the story of the blind men and the elephant. One blind man felt the elephant’s leg and thought it was a tree. Another grabbed the tail and thought he held a rope, and so forth. Each blind man was judging by the portion he was experiencing without knowing what the elephant actually was. So it is with end-time interpretation. Men have received portions of the truth and judged that to be the whole picture or thought his portion was something else altogether.

Regarding end-times, some men are seeing the tribulation period, while others are seeing the days directly following the coming of the Lord. Others are seeing things that will come to pass in the millennium. Each man feels he is seeing the truth while others are not, when actually he is only seeing a portion of the end-times. He does not see the big picture. This deception then leads to division in the body of Christ. The coming of the Lord is actually going to happen in a series of events. Some are events leading up to that day when Jesus will literally and physically come back to this earth, while some events are the days that will follow His coming. Many times, both ministers are seeing correct events, but just not in the correct sequence.

Daniel said that in the end-times, truths that have been sealed would be revealed. We are now in that hour that the revelation of God’s final plan for the earth is going to be revealed so that we can understand the whole, rather than a mere portion. As we stay humble and open before God, willing to lay aside incorrect teaching, we will be among those who will be wise and understand.

In the last chapter of Daniel, he says, “And I heard, but I understood not:  then said I, O my Lord, what shall be the end of these things?  And he said, Go thy way, Daniel:  for the words are closed up and sealed till the time of the end.  Many shall be purified, and made white, and tried; but the wicked shall do wickedly: and none of the wicked shall understand; but the wise shall understand” (Daniel 12:8-10).

Daniel had received revelation of the end times. Then he was told the revelation of what he saw would not be revealed until the time of the end. He says in the end it is the wise that will understand, but not the wicked. So God is going to bring forth His revelation to the church at this hour, but purification of the church will come first.

Preparation Needed by the “Bride”

In the book of Revelation we have seen the church referred to as the bride. The bride of Christ is being prepared to stand in this last hour and to receive her Lord at His second coming. Even though the church has come under attack by governments, by apostasy, and by false brethren within, and the world without, she is still standing. No matter what the enemy does, there has always, through- out history, been a remnant making up the pure and holy church of God.

The church as a whole, though, is currently in a terrible state because much of what she is doing is identical to what the world is doing. She has become worldly and is committing abominations. In Ezekiel’s vision, he saw filth everywhere in the temple in chapter 8 of Ezekiel.

“And he brought me into the inner court of the LORD’s house, and, behold, at the door of the temple of the LORD, between the porch and the altar, were about five and twenty men, with their backs toward the temple of the LORD, and their faces toward the east; and they worshipped the sun toward the east. Then he said unto me, Hast thou seen this, O son of man? Is it a light thing to the house of Judah that they commit the abominations which they commit here? for they have filled the land with violence, and have returned to provoke me to anger: and, lo, they put the branch to their nose” (Ezekiel 8:16-17).

Since spiritual Israel is the church, then we are the temple of the Holy Ghost and God tells us He will destroy that temple if we defile it. That is the reason we need to ask the Lord to cleanse us of all unrighteousness, because God’s judgment comes upon sin.

Because of sin, America is racing toward judgment. God’s true prophets have been warning America that she is under judgment. It is going to take a national repentance to prevent it. However, I do believe the judgments that America is receiving will be judgments unto restoration and not judgments unto destruction if we corporately repent which means the turning away from our sins.

“At what instant I shall speak concerning a nation, and concerning a kingdom, to pluck up, and to pull down, and to destroy it; If that nation, against whom I have pronounced, turn from their evil, I will repent of the evil that I thought to do unto them” (Jeremiah 18:7-8).

However, through it all, God will take care of His true church, the remnant. Those under God’s hand will be protected. It is very important, then, that each Christian has his life straightened out with God and has the ability to hear God’s voice. If a Christian cannot hear God’s voice, it is because he is lacking a total commitment to God. The Bible says that God’s sheep hear His voice.

“And when he putteth forth his own sheep, he goeth before them, and the sheep follow him: for they know his voice” (John 10:4).

His lambs may have a little trouble hearing because they are yet young, but as they walk longer with God they will learn His voice. The Bible promises that if we seek Him according to His Word He will hear and answer us if we depart from sin and pride.

“Then shalt thou call, and the LORD shall answer; thou shalt cry, and he shall say, Here I am. If thou take away from the midst of thee the yoke, the putting forth of the finger, and speaking vanity” (Isaiah 58:9).

This means we can receive direction from God if we seek and search for Him with our whole heart and not withhold anything from Him. The only place of safety in this hour is in the will of God. Any Christian who is not in God’s perfect will needs to repent of everything wrong he or she has done and surrender to God’s perfect will. That is the only thing that is going to bring God’s protection and revelation to our lives. If we are totally committed and ask God, in faith, to show us the correct interpretation regarding end-time teachings, then our God is faithful and just to do just that for us. We then can walk in victory with His peace, love and joy in the Holy Ghost no matter what is going on in the world.

If you desire additional study on the interpretations of the End Times according to the Book of Revelation check out the book by Betty Miller entitled, Mark of God or the Mark of the Beast? This book is available for purchase through our Ministry Bookstore in paperback format.

If this message has been a blessing to you and you would like to see more like them posted on this site, you can help make this possible by your gifts to Christ Unlimited Ministries. Donate

Betty Miller has written several books on other topics as well. To view titles or purchase those books visit our bookstore.

The End of the Article

Deception of End Times: Interpretations of Revelation and End Times

What the Bible Says about Stealing

What the Bible Says about Tattoos

What the Bible Says about Trials and Tribulation