Proverbs 29:10-11 (KJV):
10 The bloodthirsty hate the upright: but the just seek his soul.
11 A fool uttereth all his mind: but a wise man keepeth it in till afterwards.

Proverbs 29:10-11 (AMP):
10 The bloodthirsty hate the blameless man, but the upright care for and seek (to save) his life.
11 A (self-confident) fool utters all his anger, but a wise man holds it back and stills it.

Verse 10 - Throughout the ages, evil men have sought to kill the righteous. An evil man hates anyone who tries to stop him from continuing in wickedness. Because a righteous man's deeds expose him as evil, and he does not want his deeds to be shown for what they are, he attempts to silence the righteous. The first account of this is found in the Bible when Cain slew Abel, his brother. Abel was obedient to God's plan for offering sacrifices, while Cain decided to offer his sacrifice differently, violating God's instructions. When God accepted Abel's offering, and had no respect for Cain's offering, it made Cain very angry. He did not really care about pleasing God. He was concerned only that God had not honored him, and that Abel's offering made his own offering look bad. This anger led Cain to murder his brother. "For this is the message that ye heard from the beginning, that we should love one another. Not as Cain, who was of that wicked one, and slew his brother. And wherefore slew he him? Because his own works were evil, and his brother's righteous" (1 John 3:11-12).

As Christians, we are responsible for more than just our outward actions, for God looks on our hearts as well as our deeds. It is vital that we ask God to deliver us of any hatred, for it is the same as murder in God's eyes. We must overcome evil with good (Romans 12:17-21), learning not only to restrain anger and repent of hatred, but to do what we can to win the souls of those who hate us. We must pray for them and try to find ways to win them to Christ or at least to influence them for good.

Verse 11 - A fool says everything that comes to mind and easily expresses his anger. A wise man rather chooses what he says, restraining his anger until he can deal with his thoughts and feelings properly. Anger can be righteous or unrighteous. Most people experience a righteous anger at injustice when evil men hurt innocent people. It spurs people to action against the wicked. Unrighteous anger, like Cain's, springs from pride and selfishness. It is not to be vented on others by shouting or throwing things. It is to be controlled by confessing it to God, asking Him to remove it from our hearts and grant us His perspective of the situation, and by forgiving whoever angered us.

Dear heavenly Father, I thank you that You are a just God and You will deal with the wicked in the world. Lord, I choose to forgive all of those who have done any evil toward me. Father, deliver them from being used of the devil. Save those who do not know You. Deliver those who are deceived and have embraced anger and hatred in their own souls. Lord, show me ways to overcome evil in the world. Help me to reach out and be an instrument of change when I see injustice and wrongs being committed against others. Give me wisdom and love to overcome evil with good. I ask this in the name of the Lord Jesus Christ. Amen.
Share
Tweet
Share

Discuss the Devotional for November 30 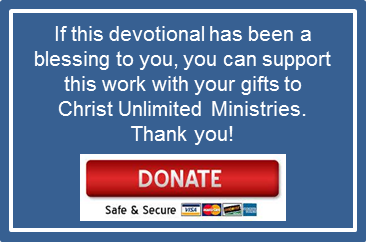 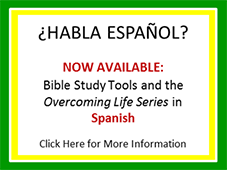